Turin – 9 dec. Demonstration during the evening, streets blocked by barricades, graffiti and some bank´s windows smashed in the districts of Barriera di Milano and Porta Palazzo 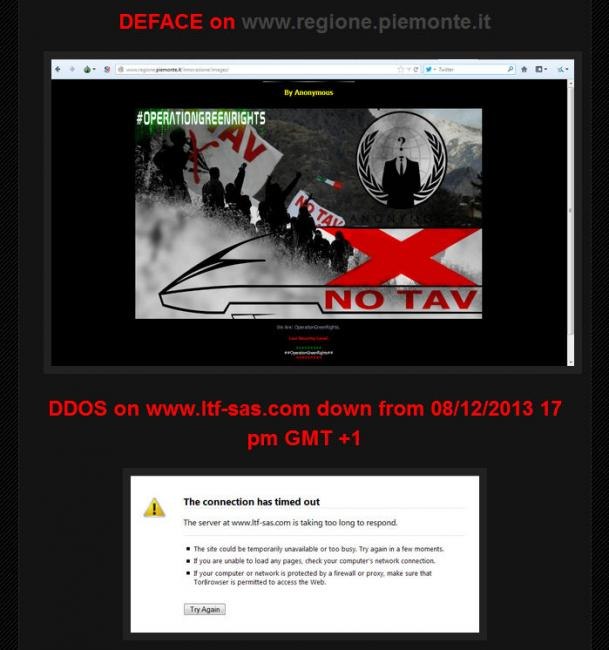 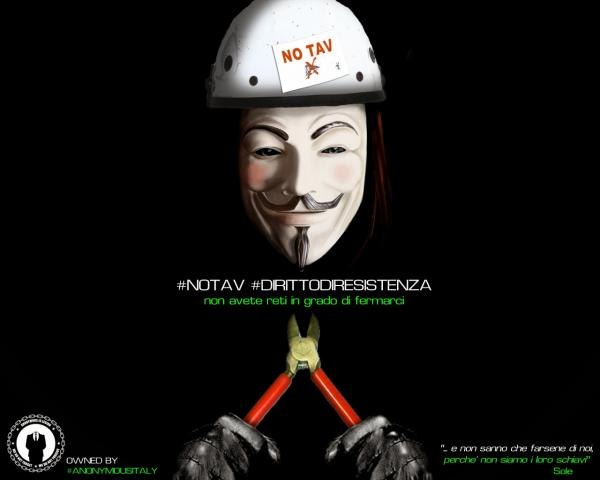 Val Susa – 10 dec. In the morning solidarity banners on some balconies of the houses of the valley.

Turin – 9 dec. In the evening a group of comrades gathering loud and strong around the prison, with fireworks near the female block and then near the block of Mattia, Nico and Claudio. 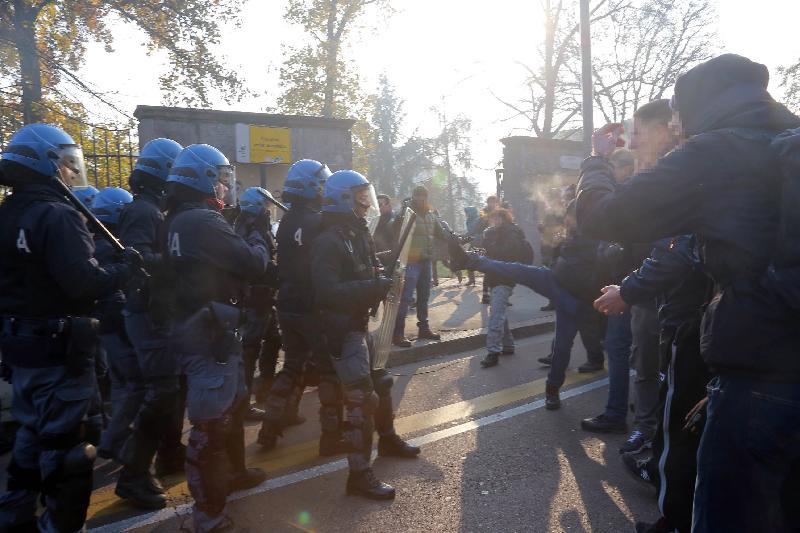 Trento – 13 dec. the Frecciargento train (hi-velocity train) was blocked for half hour, speaking to the customers and flyering. Banners on the railroad “the notav struggle cannot be arrested, freedom for the comrades”.

Turin – 14 dec. Gathering in front of the prison where the arrested are. Massive controls and searching by the cops on persons and cars. 300 cops and 25 coptrucks avoid to reach the fences, the rally moves towards the nearest district, fireworks and loud words to the people living near the prison.

Rome 14 dec. Gathering in Tiburtino place become a rally thru the San Lorenzo district, the headquarter of the Democratic Party was damaged with paint. 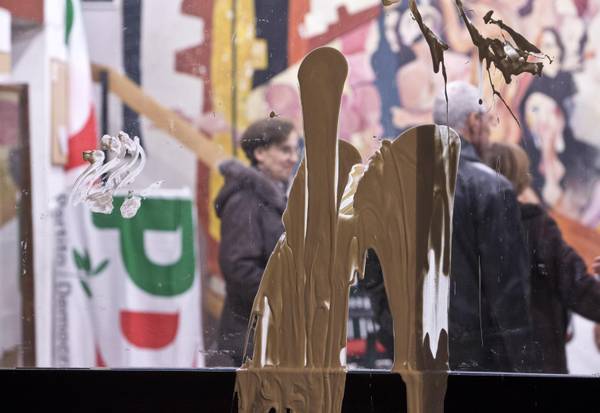 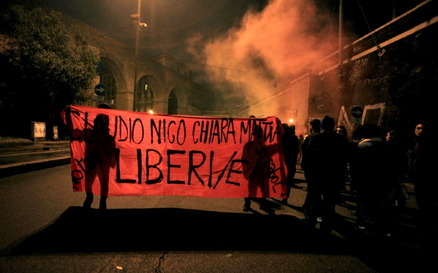 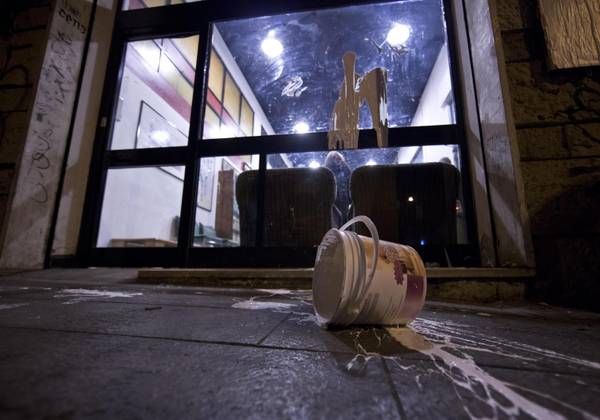 Milan – 15 dec. Solidarity banners hanged out on bridges and buildings. 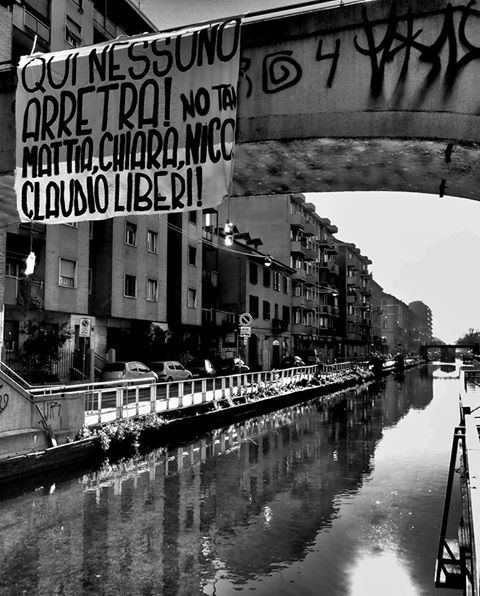 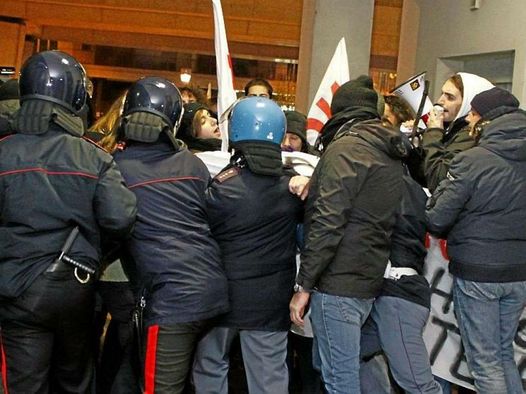 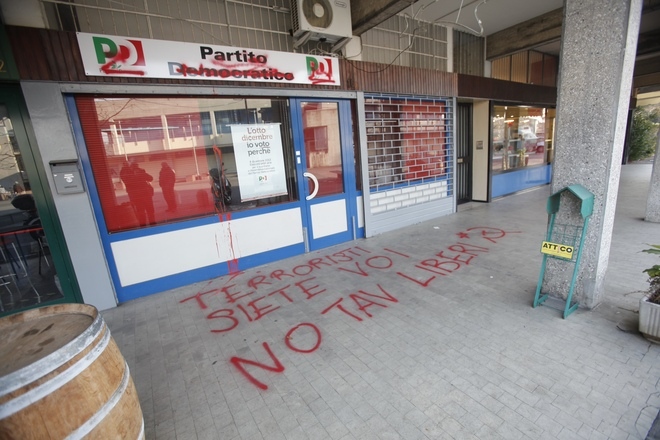 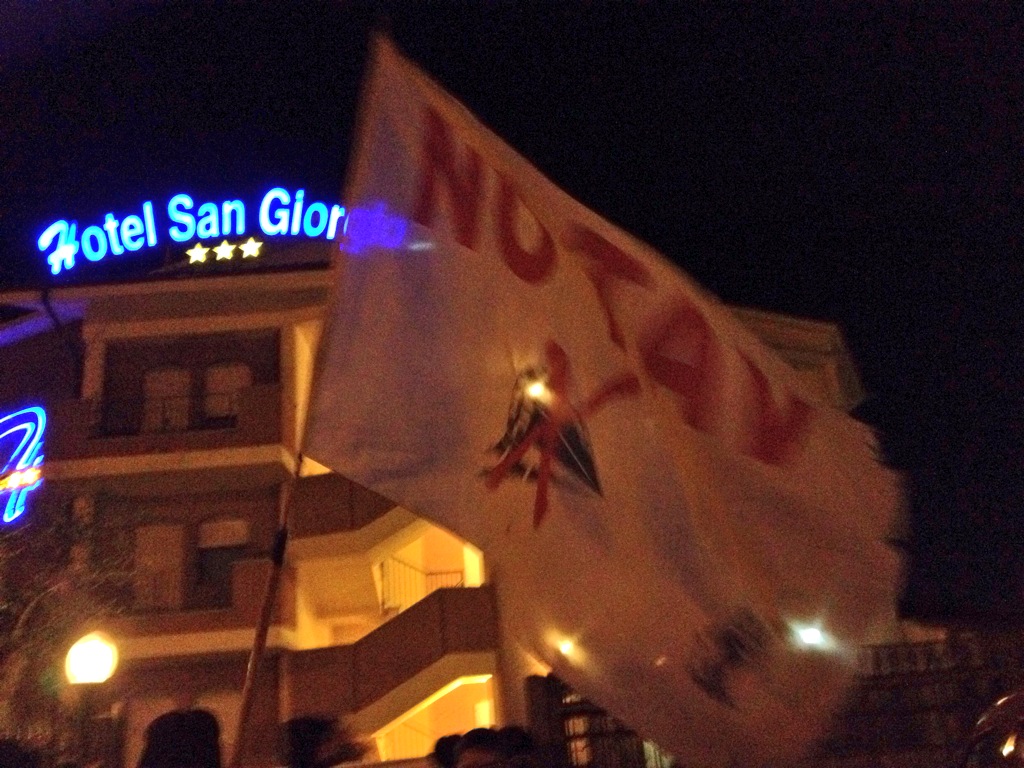